Objective: Lung transplant is the only curable treatment option for end-stage lung disease. Although survival is improved after lung transplant, it has not yet attained the same degree of success as other solid-organ transplants. In light of this, there are a limited number of studies with long-term outcomes greater than 15 years. We reviewed these extended long-term patient outcomes of lung transplantation at a single institution.

Methods: We conducted a retrospective cohort study of patients who underwent lung transplant between 1990 and 2005. One hundred and eighty-two patients were categorized into two groups, survivors ≥ 15 years and patients who expired at less than 15 years. Those who underwent concomitant heart and lung transplantation were excluded. Binomial regression analyses were used to examine factors influencing survival of ≥ 15years. Cox proportional hazards models were used to examine mortality in all cases.

Conclusions: Extended survival greater than 15 years may be seen in a small but significant number of patients, with lower BMI being a significant predictor. Our finding suggests increasing BMI affects clinical outcome through development of CLAD. 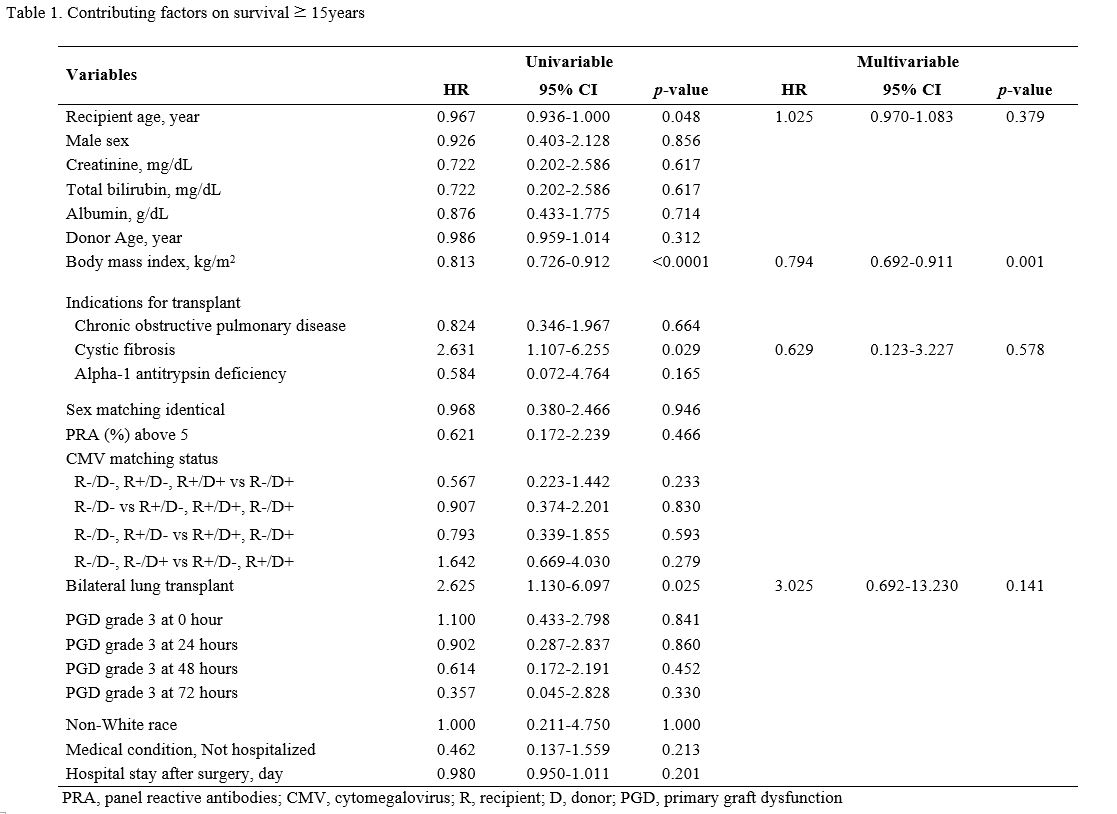 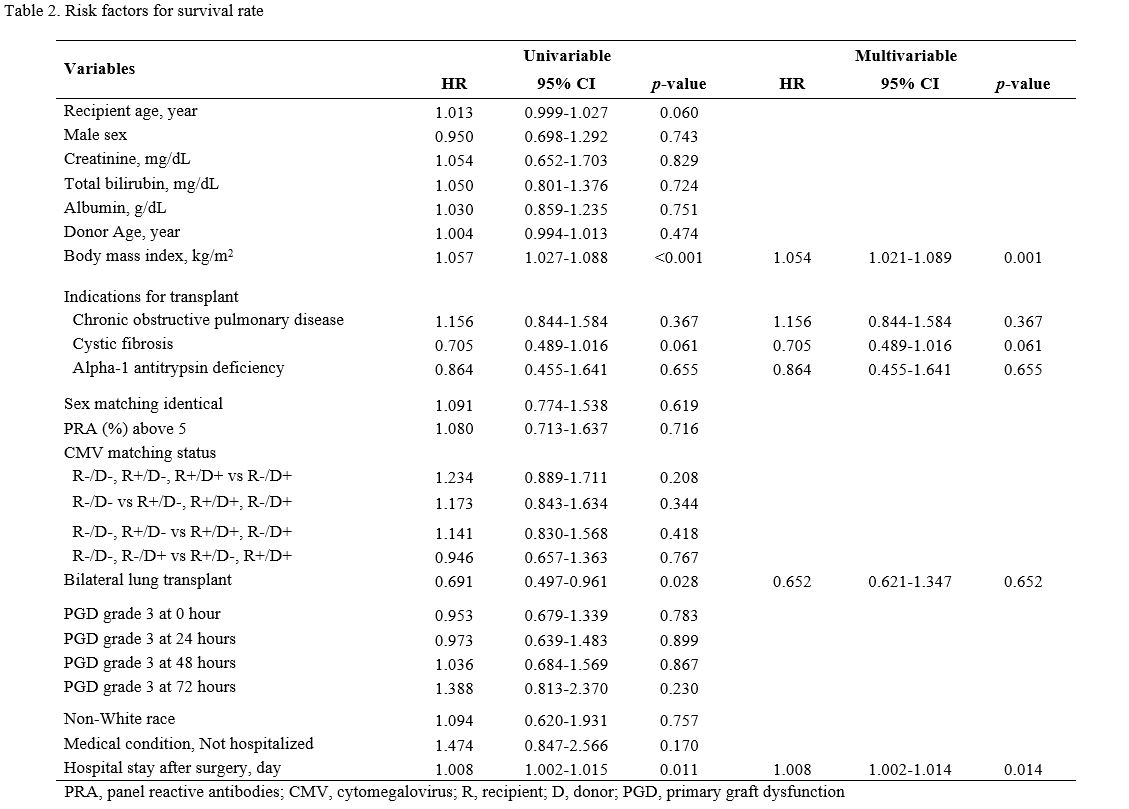