Objective--Pulmonary atresia with ventricular septal defect and major aortopulmonary collateral arteries (PA/VSD/MAPCAs) is a relatively rare and complex form of congenital heart disease. Unifocalization of MAPCAs has been advocated by some groups for the treatment of this disease. While there is considerable information on clinical outcomes for PA/VSD/MAPCAs, there is a paucity of information on the fate of individual MAPCAs following unifocalization.

Methods-- This was a retrospective review of 44 patients who underwent midline unifocalization. A detailed mapping of the MAPCAs was made utilizing a combination of pre-operative cardiac catheterization and intra-operative findings.

There was one in-hospital mortality and one late death (65 months post-op). Median follow-up is 69 months (range 3 to 100 months).

Thirty-seven of the 44 patients have undergone a follow-up cardiac catheterization at a median interval of 11 months following unifocalization. These 37 patients had 129 unifocalized MAPCAs of which 123 (95%) had antegrade blood flow while six (5%) were occluded. For the 123 unifocalized MAPCAs with antegrade flow, 97 (80%) were widely patent while 26 (20%) had some degree of stenosis.

Seven patients have not had either a cardiac catheterization or surgical re-intervention following their unifocalization procedure with follow-up of 3, 7, 67, 68, 72, 82, and 84 months.

Thirteen of the 44 patients have subsequently undergone re-intervention on MAPCAs that were determined to be stenotic following unifocalization. Seven of these patients had mild disease (ie no increase in pulmonary artery pressure) and had complete resolution with balloon (n=5) or surgical revision (n=2). Six patients with moderate or severe disease underwent surgical revison with confirmed resolution in four of the six. 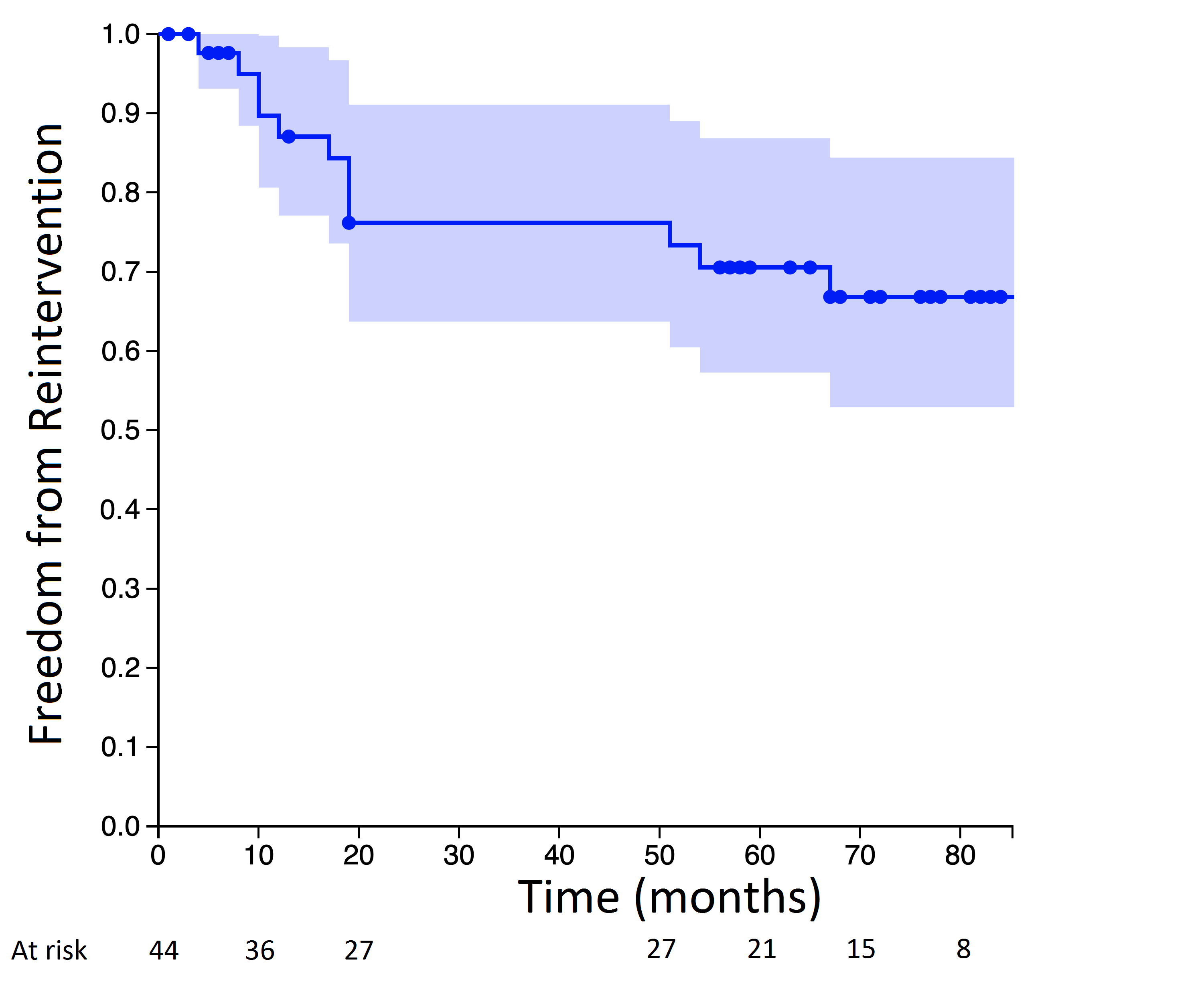