Objective
Literature on anomalous aortic origin of the coronary artery (AAOCA) is predominantly focused on the pediatric population, and little is known about the natural history of the disease as patients age. This study aims to explore the relationship between AAOCA and the presence of coronary artery disease (CAD). We hypothesized that adult patients with AAOCA are more likely to have CAD in the anomalous coronary than in the normal-origin coronary arteries.
Methods
We reviewed records of adults with an encounter diagnosis code of a coronary anomaly between 7/2015 and 7/2017 at our large, quaternary center, and identified 161 patients with AAOCA and who underwent CAD assessment by invasive coronary angiography or computer tomography angiography. Mean age at CAD assessment of 54.4 ± 15.2 years, and 87 (54%) were male. For each patient, we determined the presence of any CAD, which we defined as stenosis ≥ 10% and included CAD in distal branches. We characterized the anatomic origin and percent diameter stenosis of the right (RCA), left main (LMCA), left anterior descending (LAD), and circumflex (LCx) coronary arteries. Two of the patients had 2 anomalous coronaries, resulting in a total of 163 anomalous coronaries, of which 97 (60%) were the RCA, 38 (24%) the LMCA, 3 (2%) the LAD, and 25 (16%) the LCx. In addition to patient-level descriptions, we analyzed each coronary as an independent observation. We excluded from analysis 4 anomalous and 3 normal-origin coronaries due to insufficient imaging report details and coded 28 LMCAs as “missing” when either the LAD or LCx was anomalous. Stenosis frequency and severity were compared between the 159 anomalous and the 450 normal-origins coronaries using Chi-square and Wilcoxon signed-rank tests.
Results
In the total cohort of 161 patients, 70 (43%) had CAD, of whom, 29 (41%) had stenosis in the anomalous coronary (Figure 1). Among these 29 patients, 24 (83%) also had multi-vessel disease, leaving 5 (17%) with stenosis isolated to the anomalous coronary. Among the characterized coronary arteries, there was no significant difference in CAD frequency between anomalous and normal-origin coronaries (18%, 29/159 vs 16%, 72/450 respectively, p = 0.524). Of the coronaries with CAD, the stenosis severity also did not differ significantly between anomalous and normal origins (median percent stenosis 50% vs. 65% respectively, p = 0.168) (Figure 2).
Conclusions
CAD is common among adults with known AAOCA, but there does not appear to be an increased risk of developing CAD in anomalous coronaries compared to those with normal origins. Future studies among a larger cohort of patients with CAD isolated to the anomalous coronary may provide insight into which subtypes of AAOCA have a higher risk of developing CAD. 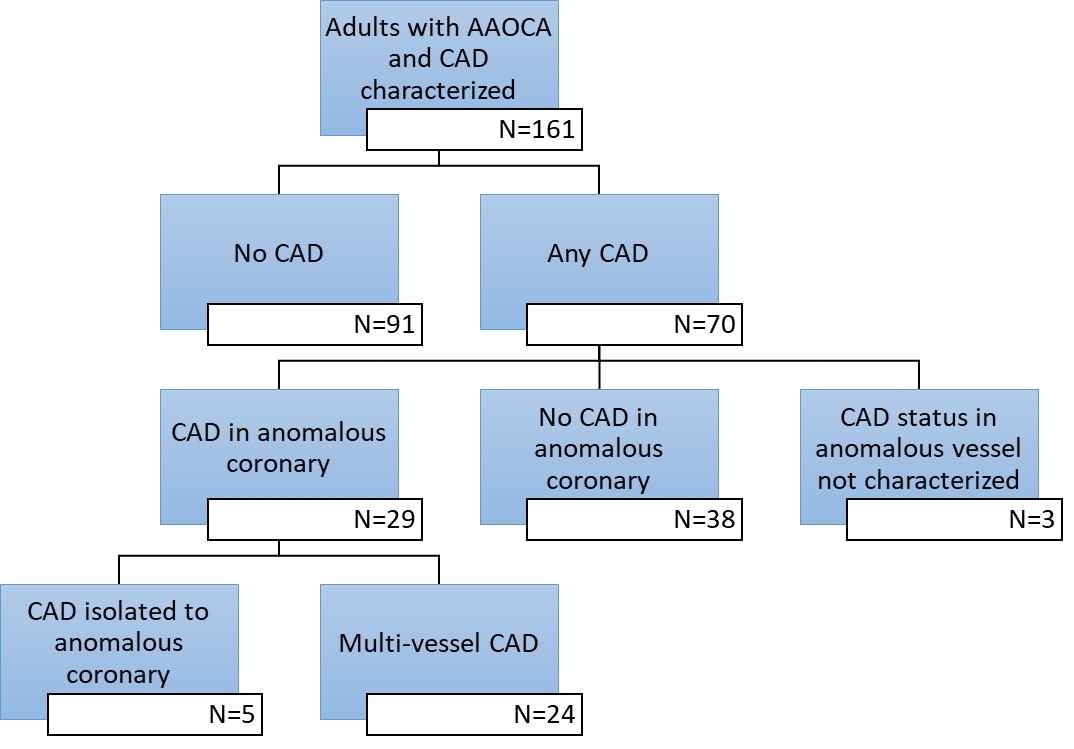 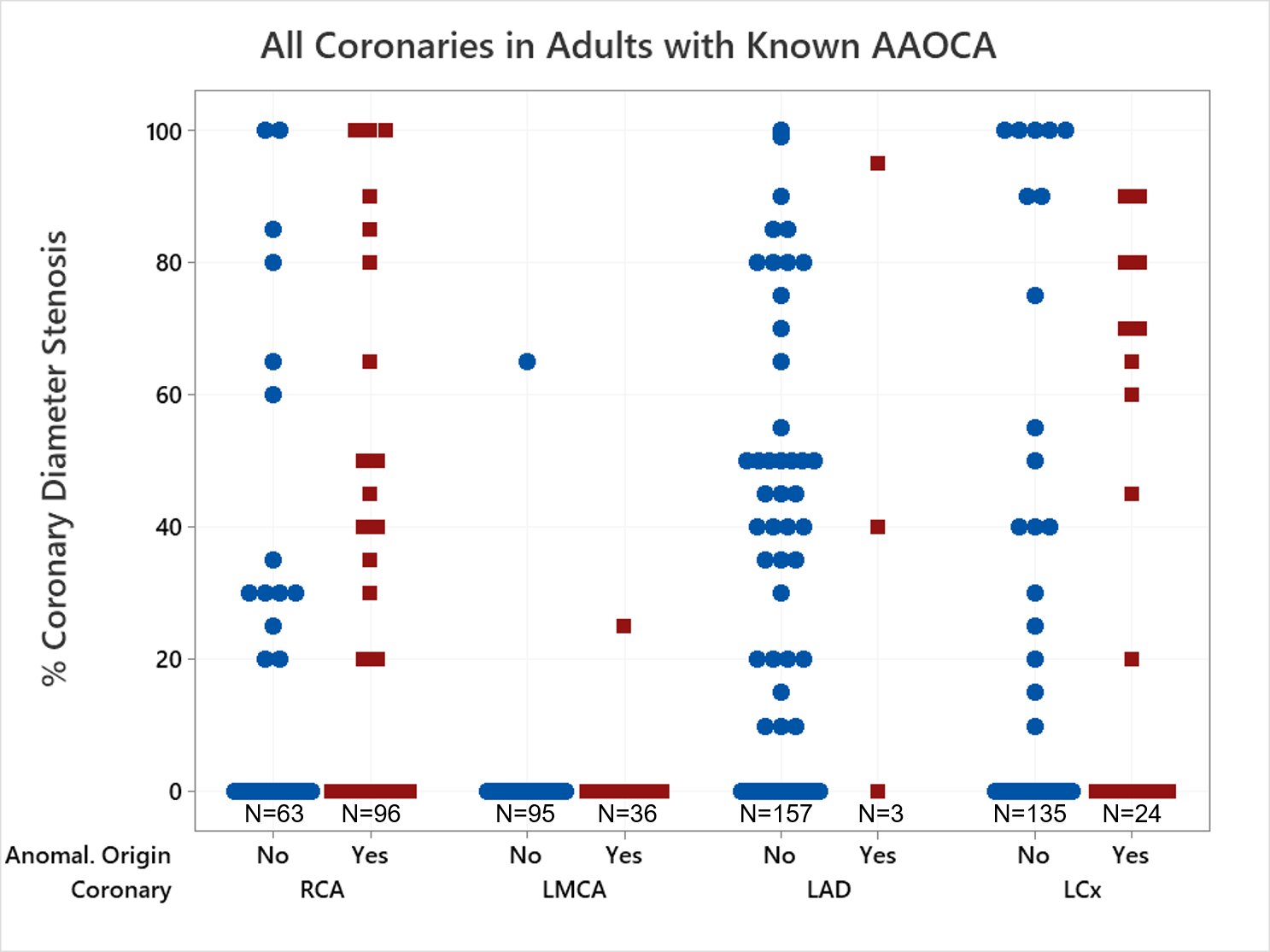 Figure 2: Among 161 adults with anomalous aortic origin of the coronary artery (AAOCA), we compared coronary artery disease severity (percent coronary diameter stenosis) in normal-origin (n=450) and anomalous (n=159) coronaries in the following vessels: right (RCA), left main (LMCA), anterior descending (LAD), and circumflex (LCx). Each data point represented one coronary, grouped by the specific artery and whether the origin was anomalous. Back to 2021 Abstracts